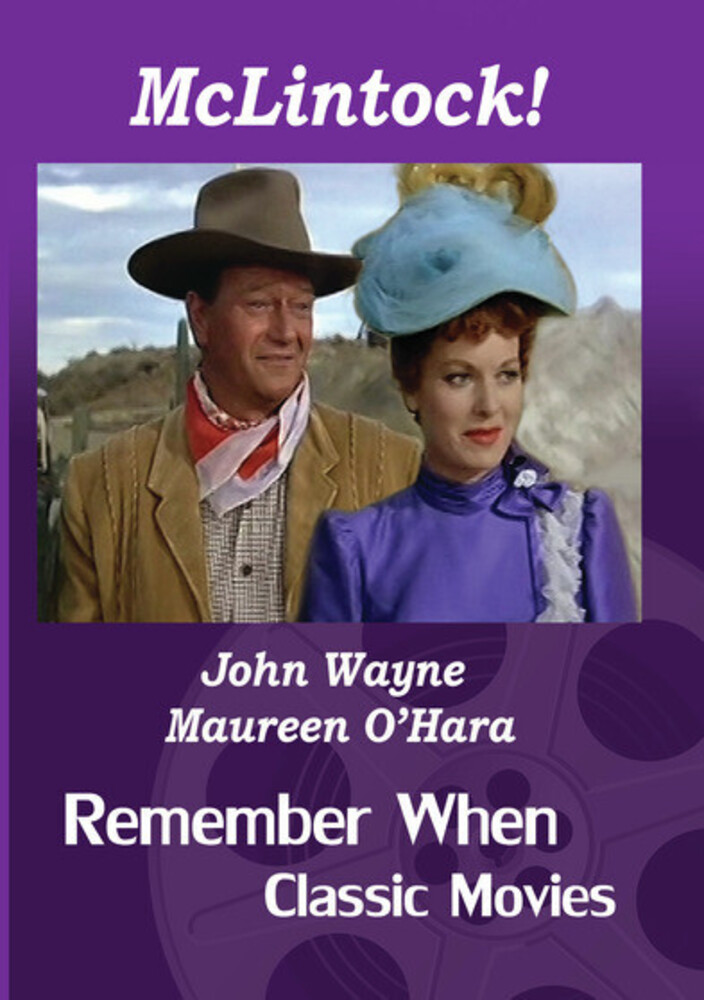 McLintock is a 1963 American western and comedy film starring John Wayne and Maureen O'Hara. Cattle, timber and mining baron George Washington 'G.W.' McLintock (John Wayne) is living on his ranch as a single man. His estranged wife Katherine (Maureen O'Hara) left him two years ago suspecting him of adultery while their daughter Rebecca (Stephanie Powers) is completing her college degree. McLintock hires an attractive woman Louise Warren (Yvonne de Carlo) and her two children to work on his ranch. Katherine, McLintock's wife returns to town seeking a divorce, but McLintock refuses to grant her one. In the meantime, a Comanche subchief is nearly lynched by a settler farmer who believes his daughter has been kidnapped. There is a huge brawl by one of McLintock's mines and Katherine gets involved in the brawl defending her husband. The brawl comes to an end when the Indians decide to leave the area. Rebecca (Stephanie Powers) returns from college with her boyfriend, but instead falls for McLintock's hired helper Devlin Warren (who is in reality John Wayne's son). The same train which brought Rebecca home also brings Chief Puma of the Comanche tribe. The governor is trying to force the Comanche tribe off their lands and onto a reservation, but McLintock intervenes, but the Comanche chief is once again imprisoned. A Comanche breakout takes place on the Fourth of July and much mayhem ensues. Will Katherine get her divorce from McLintock? What will happen to the Comanche tribe? And will McLintock's daughter Rebecca wind up with Devlin? This movie is a great classic western with comical twists and turns ending in much enjoyment and excitement for all. (Color)