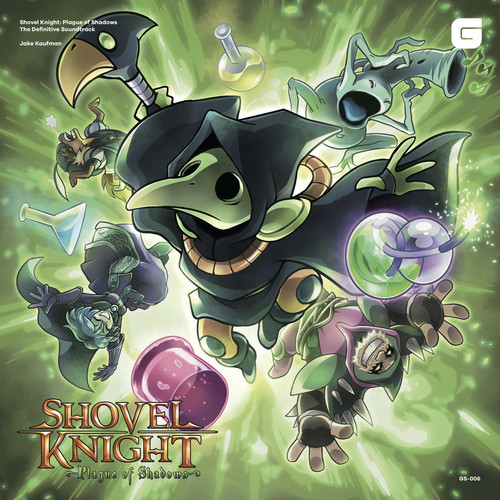 "Plague of Shadows" is the first DLC campaign for Shovel Knight. Released in September 2015, the game features boss villain Plague Knight as it's playable character with new gameplay twists not found in the original. Composer Jake Kaufman takes the sound and feel Manami Matsumae established for Plague Knight in her tracks for the main game, but takes things even further, giving Plague Knight a unique, yet cute and charming identity.
back to top