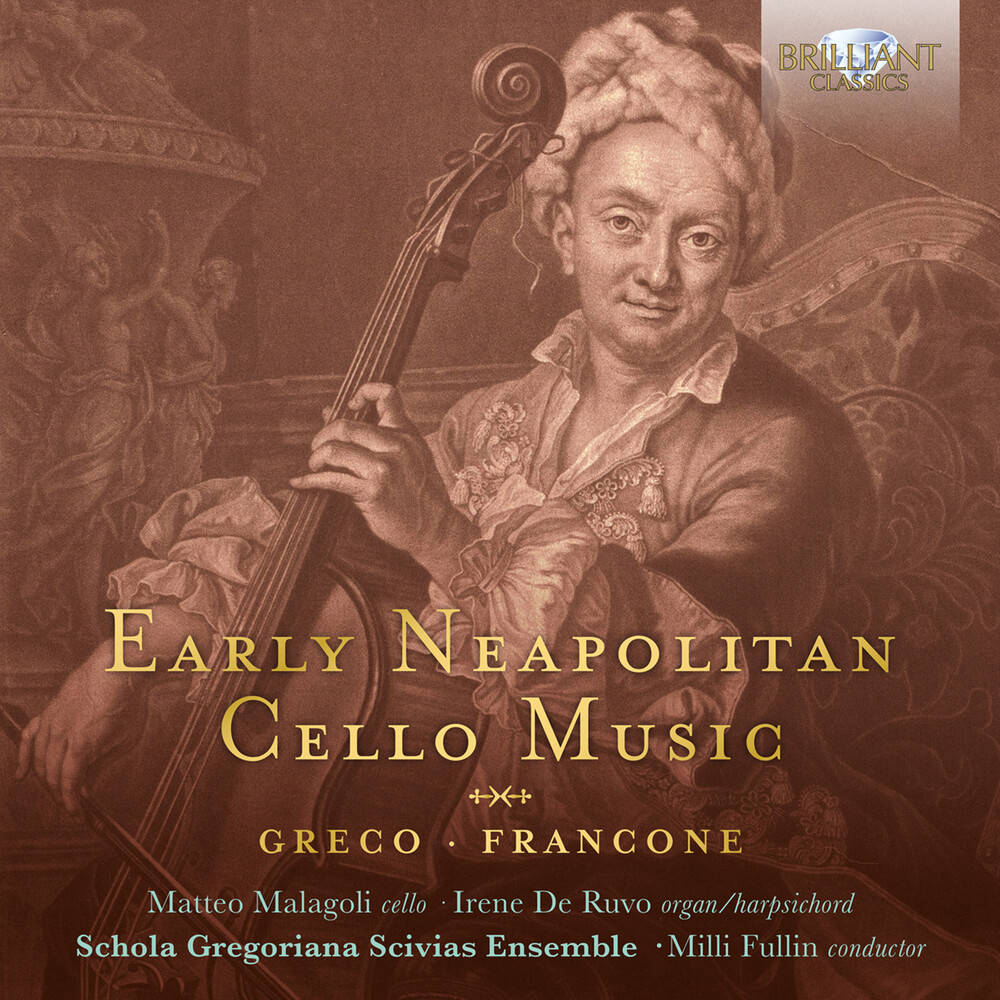 The cello was a beneficiary of the remarkable flowering of high culture sponsored by both ecclesiastical and aristocratic patrons in early 18th-century Naples. In 1717, Rocco Greco (1650-1718) became the last appointed player of the viola da gamba in the Royal Chapel dedicated to the treasure of St Januarius, the patron saint of Naples. Both Greco and his colleague Gaetano Francone (c.1650-1717) produced new music for the cello which was suitable for performance within the liturgy of the chapel. Rather as composers of alternatim organ masses wrote elaborations of chant for the organ to be played between the chanted verses of the liturgy, so Greco composed 11 virtuosic 'diminutions' which were elaborated from the bass part of vocal motets setting Vespers texts. In performing the diminutions, Malagoli prefaces them with a chanted version of the Gregorian antiphon on which the motets were based. The resulting sound is an Italian-accented equivalent to the viol 'divisions' which English composers such as Locke and Simpson were producing at this point. Both lively and melancholic in mood according to the key signature, these brief Diminutions and Passagagli both demand a virtuoso technique from the performer and a degree of imaginative flair in the interpretation of the manuscripts. Matteo Malagoli's world-premiere recordings satisfy both criteria. As a gambist and cellist, Malagoli has explored the history of bass string instruments for several decades, both in solo recitals and as a chamber musician and a continuo accompanist to several renowned Italian early-music groups. He is ideally placed to bring unrivalled authenticity and style to these new discoveries, which place the cello in an unusual context of sacred music and brings two significant Neapolitan composers to light: an essential album for all early-music enthusiasts.