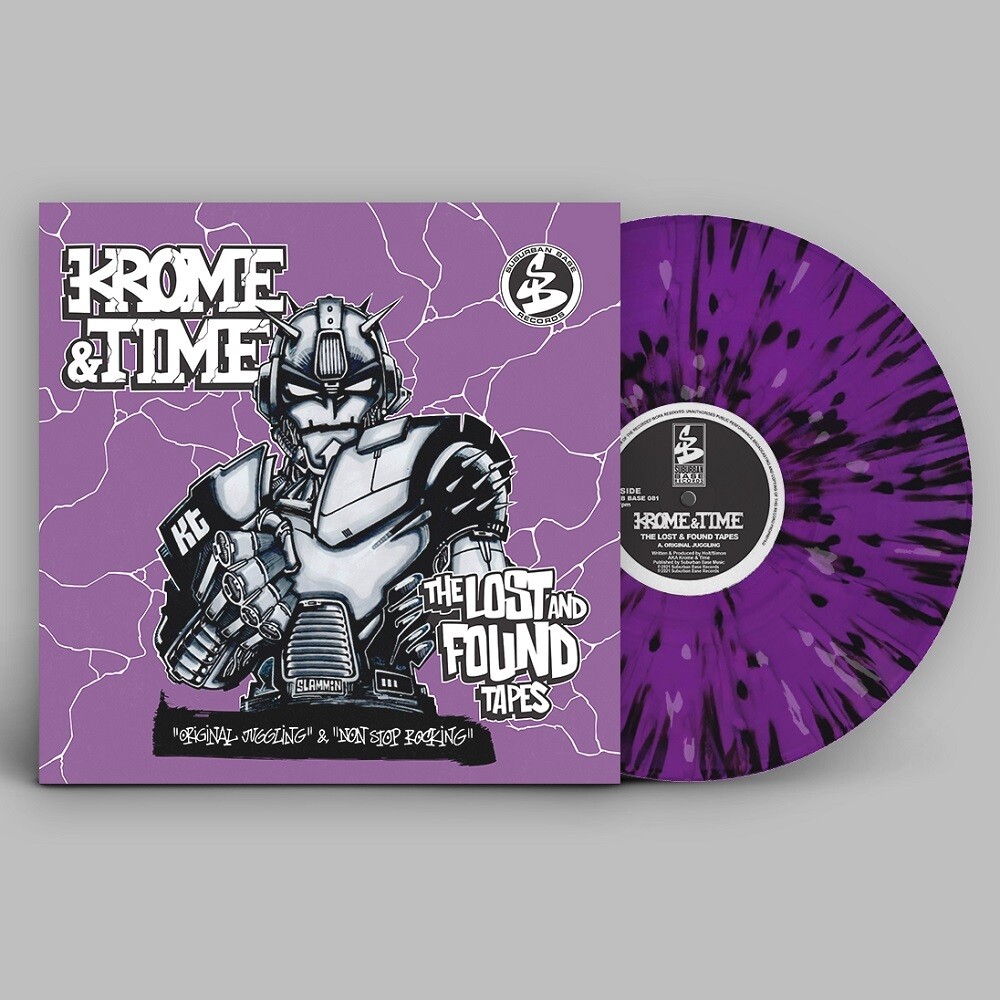 The Lost And Found Tapes
Format: Vinyl
New: Not in stock
Wish

Suburban Bases favorite duo Krome & Time rare DAT studio masters saved! Krome & Time provided the very first Suburban Base release that launched the now legendary label, under the alias Kromozone catalogue number SUBBASE 001 set the tone for the label that became and integral part of the development of Rave and Breakbeat Hardcore into Jungle and Drum & Bass! So who better to kick off the relaunch of such a revered brand than the legendary duo that started it all KROME & TIME! With brand new sleeve design from original SubBase illustrator Dave Nodz! Having accessed a long forgotten storage facility and discovered a treasure trove of Suburban Base master tapes, we struck gold when we found box after box of unreleased and exclusive master recordings from some of the biggest artists within the SubBase family. The two exclusive tracks that make up this release were huge dubplate only specials and have never been released as vinyl singles or digitally. Finding the master copy of the once thought lost 'Original Juggling' was incredible, the song is much asked after and as an album exclusive on the 1995 Telepathy Dub Plate Special was never given a full release only appearing on that project. 'Non-Stop Rocking' was a 1995 dubplate recorded specifically as an album exclusive for the legendary Drum & Bass selection album project and stayed exclusively on dubplate receiving extensive club and radio play whilst remaining only available within D&B selection. These sought-after tracks remained stuff of legend never having had a digital release or full vinyl release... until now! From the original master tapes of Suburban Base we present this slamming 12inch from Krome & Time.
back to top