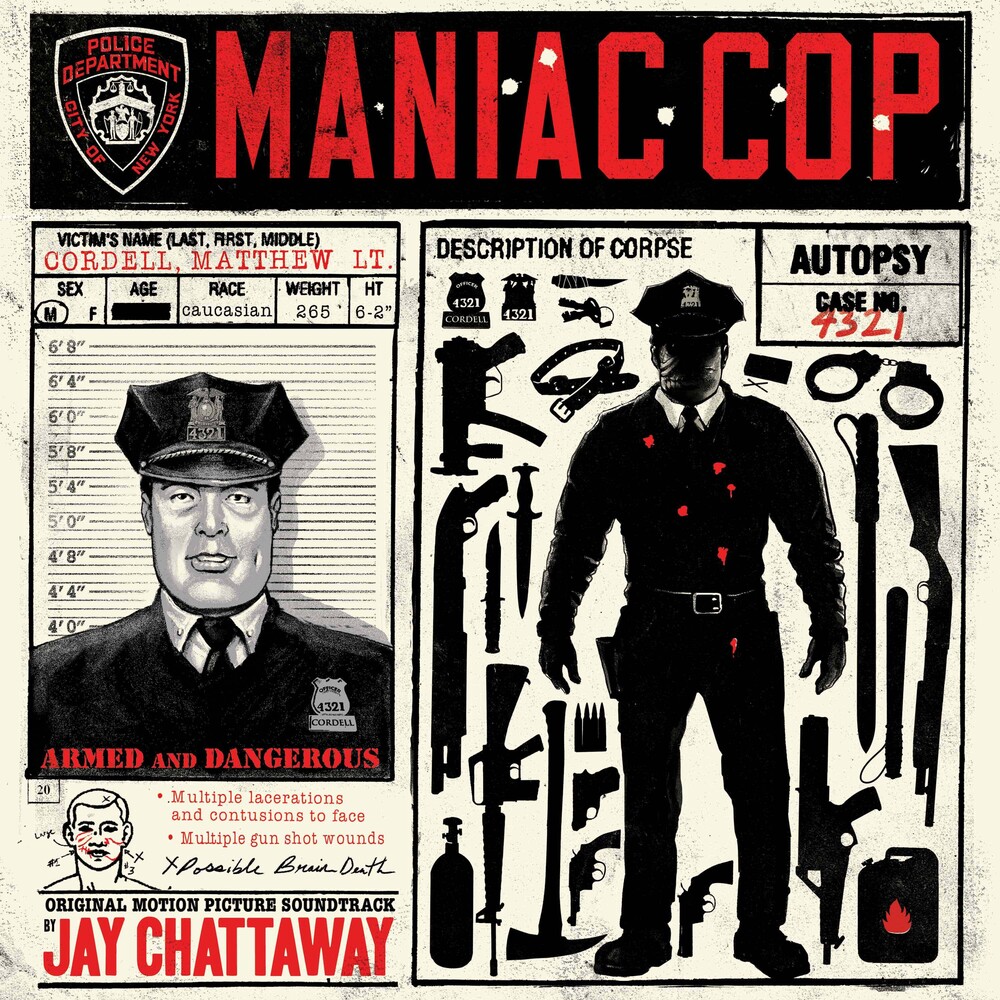 Unavailable on a physical format since it's initial release in 1988, Ship to Shore PhonoCo. Is proud to announce the release of Jay Chattaway's original score to cult hitÂ Maniac Cop!New York City finds itself terrorized by a seemingly insane killer who dresses up like a cop, with the chief suspect claiming he was framed and City Hall ostensively involved in some kind of cover-up. Can the detective on the case figure out what's going on? With it's illustrious cast - Tom Atkins, Bruce Campbell, Robert Z'Dar, Richard Roundtree, William Smith and many more (not to mention a cameo from boxing legend Jake LaMotta) - and an infectious blend of both horror & action, swirled with a nice thick core of detective procedural, it's easy to see whyÂ Maniac CopÂ has remained a favourite of genre-lovers over the last three decades.Now, after 33 years, fans ofÂ Maniac CopÂ will no longer have to be silent forever as the original motion picture score - an electronic homage to film noir that also manages to retain it's own identity as a thriller soundtrack - walks the streets again in this limited vinyl edition, featuring artwork by acclaimed artist Ghoulish Gary and containing liner notes from drive-in movie critic Joe Bob Briggs and composer Jay Chattaway!
back to top