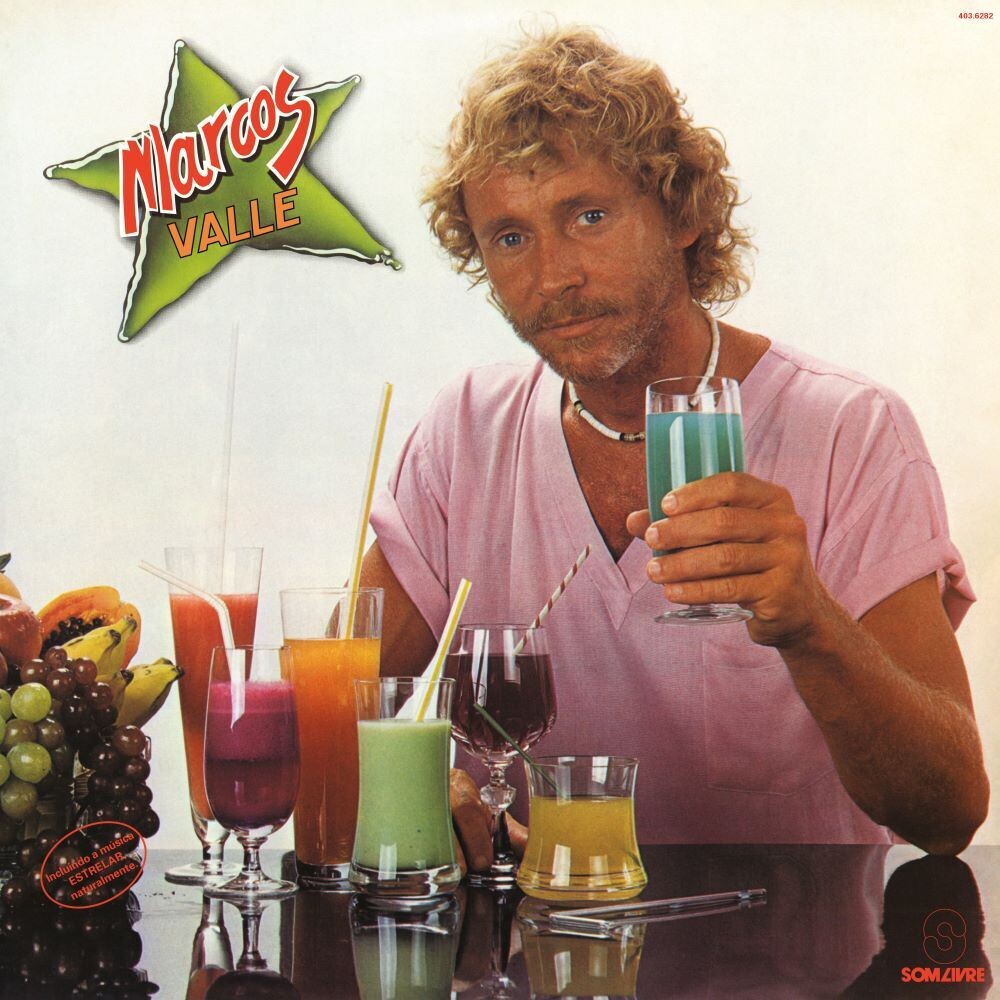 It is with great joy that we present the Mr Bongo edition of Marcos Valle's 1983 self-titled masterpiece. A pure vintage that features the ultimate Brazilian-boogie cult-classic 'Estrelar' and iconic 80s cover art that sees a gloriously sun-drenched Marcos dressed in a pink v-neck t-shirt surrounded by a generous selection of deadly-looking neon cocktails. The album was produced by the legendary Lincoln Olivetti and Marcos' brother Paulo SĂ©rgio Valle. It showcases a real who's who of Brazilian music at the time, with stellar performances from vocalists and musicians such as Rosana, Serginho Do Trombone, Robson Jorge and Oberdan Magalhaes to name but a few. This was Marcos' second album, after having moved back to Brazil from his time living in Los Angeles, and that US influence is evident through it's prominent boogie, soul and funk sounds. It also features collaborations with the US singer-songwriter, composer, pianist, keyboardist, and record producer, Leon Ware, who co-penned three tracks including 'Estrelar'. To complete the album there are tracks such as 'Fogo Do Sol', which is pure AOR / Balaeric vibes, and tracks that are more MPB and pop-inspired, making a well-balanced track list for both home-listening pleasure and dancefloor business. What could we do to give one of Marcos' most celebrated albums the treatment it deserved and produce the most definitive re-issue possible? The answer was to enlist the services of Miles Showell, Abbey Road Studios Mastering and lacquer-cutting engineer and all-around audio-magician, to cut a special half-speed master edition. Miles had previously worked his half-speed magic on our Arthur Verocai album re-issue, and once again we are totally blown away by the richness which Miles has brought out in his mastering technique. He has enhanced the listening experience and taken this wonderful album to another level.
back to top