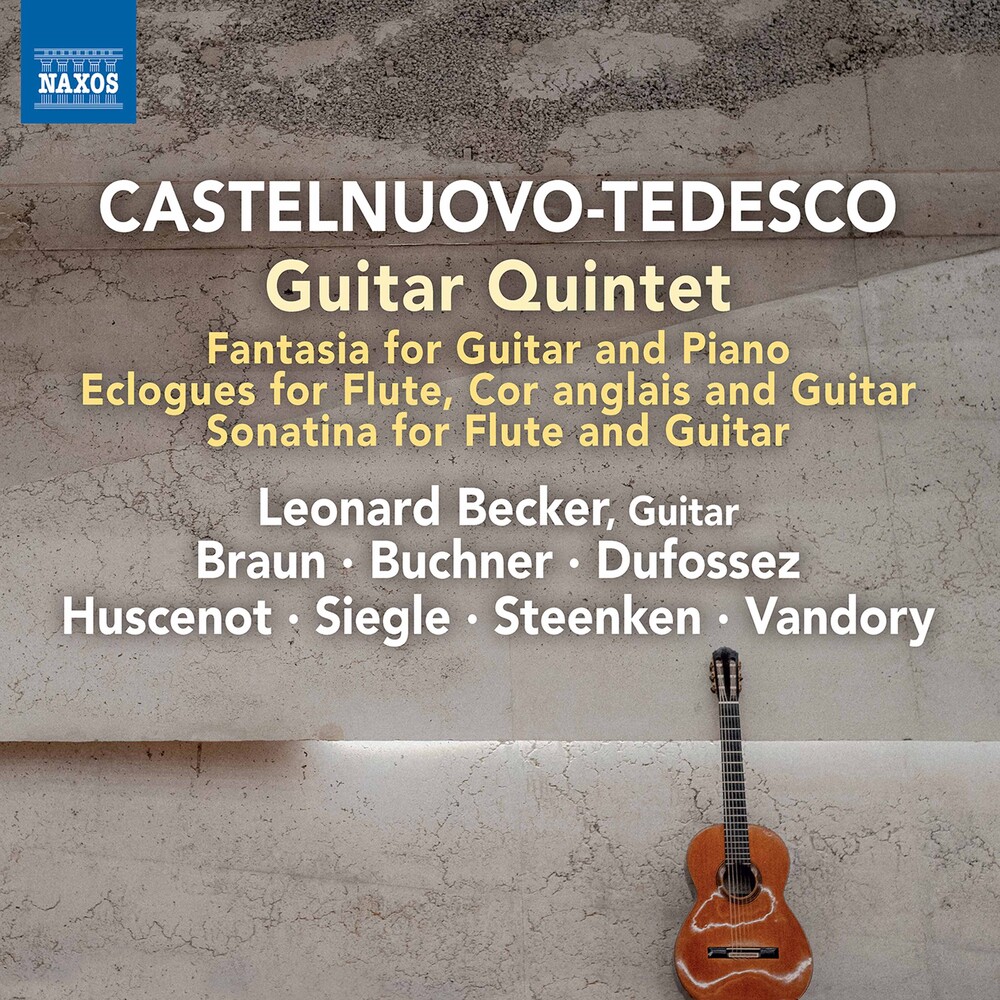 Mario Castelnuovo-Tedesco was one of Italy's most influential and important composers during the 20th century. He was inspired to write for the guitar after meeting AndrĂŠs Segovia, and in the years that followed he wrote over one hundred works for the instrument. The Quintet for Guitar and String Quartet, a rare combination, reveals perfect sonority and construction with a serene Iberian mood. The Sonatina for Flute and Guitar contrasts joyfulness with poignant melodies, while the Eclogues are bucolic and lively. Written for Segovia and his wife Paquita Madriguera, the Fantasia for guitar and piano presents an expertly blended texture for this combination of instruments. Guitarist Leonard Becker is the Second Prize winner of the International Hannabach Guitar Competition 2020, held in Augsburg, Germany. He has performed with orchestras including the Pilsen Philharmonic Orchestra, with which he performed Rodrigo Concierto de Aranjuezin 2019. Alongside Louis Vandory, Valerie Steenken, Elisabeth Buchner and MĂĄrton Braun he is the founder of the Tedesco-Quintett (guitar and string quartet), which won First Prize at the International Chamber Music Competition 'Gerhard Vogt' in 2019.
back to top