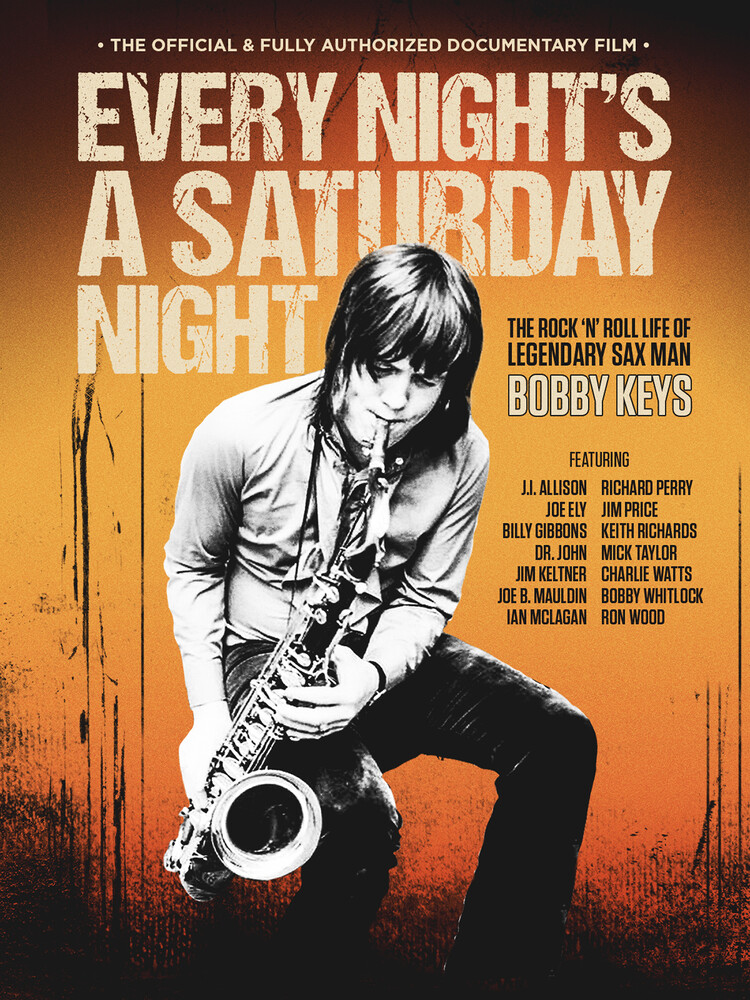 Every Night's A Saturday Night: The Bobby Keys

The true story of Bobby Keys in his own words. Born in the same county as Buddy Holly (Lubbock County, Texas), Keys literally "horned" his way into hanging out with Buddy Holly and the Crickets at a very young age. Growing up on the road and in the studio, Keys was one of the music industries "go to" session players performing on hit records by The Rolling Stones, Delaney & Bonnie, Joe Cocker, Eric Clapton, John Lennon, Paul McCartney, George Harrison, Ringo Starr, Elton John, and Harry Nilsson just to name a few. Bobby Keys became close friends with Keith Richards and was often referred to as the "6th Rolling Stone". Life on the road with The Rolling Stones and their partying lifestyle was legendary, but took it's toll on Keys. After losing his role with the Stones due to an infamous bathtub incident filled with dom perignon, Keys was lost for a few years and hit rock bottom. Keith Richards finagled a Bobby return at a Stones rehearsal unbeknownst to Mick, a very loud discussion ensued, but Mick agreed for Bobby to resume his role as The Rolling Stones main sax man performing on Brown Sugar, Can't You Hear Me Knocking, Bitch, and so many other great Stones songs. As Bobby states about music - "put horns on it and then it will rock"... and rock he did up until his untimely death in December 2014. Bobby Keys mark on the music industry and his soulfully brash and bellowing sax solos will be heard until the end of time. Knowing Bobby... they will go on beyond the end of time. The film includes exclusive interviews with Bobby Keys, plus music legends Keith Richards, Charlie Watts, Ron Wood, Mick Taylor, Ian McLagan, Billy Gibbons, Jim Price, J.I. Allison, Joe B. Mauldin, Dr. John, Jim Keltner, Bobby Whitlock, Joe Ely and more